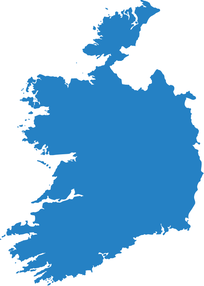 Improving Mental Health and Wellbeing in the Health Care Workplace
Overview and purpose of Magnet4Europe
Mental health and wellbeing are among the highest priorities of the public health agenda in the European Union (EU). A large-scale European study of hospital work conditions and associated nurse and patient outcomes revealed high rates of job dissatisfaction and burnout, with burnout rates ranging between 10% and 78%. Doctor burnout rates ranging from 25% to 60% have been reported. Magnet4Europe aims to redesign clinical environments in more than sixty hospitals in six European countries (Belgium, United Kingdom, Germany, Ireland, Norway and Sweden) to promote mental health and wellbeing of health professionals. Magnet4Europe will implement an evidence-based intervention based on the successful Magnet Recognition Program®, a voluntary hospital designation for nursing care excellence by the American Nurses Credentialing Centre. Numerous studies have shown that Magnet-recognised hospitals have lower health professional burnout and safer patient care, suggesting that the Magnet journey is an intervention that results in positive changes that Magnet4Europe seeks to achieve.
How does this research study work?​
Magnet4Europe will be carried out between January 2020 and December 2023 in adult inpatient units.  The intervention itself officially started in September 2020 in participating European hospitals and will target the five overarching principles of the Magnet® concept: (1) structural empowerment of clinical staff, (2) transformational leadership, (3) exemplary and evidence-based professional practice, (4) new knowledge, innovations, and improvements, and (5) empirical outcomes. These principles will serve as a continuous feedback loop as to whether organisational changes are producing the intended outcomes for staff and patients. The Magnet® blueprint provides definitions of the principles and gives examples of evidence-based indicators that reflect progress toward achieving them. To facilitate the implementation process, each participating European hospital receives support by one-to-one twinning with an experienced Magnet recognised hospital, including annual on-site visits and the creation of critical mass of participating hospitals, drawing public interest, and promoting innovation and replication.
Project coordination in Ireland
In Ireland, Magnet4Europe is coordinated by The School of Nursing and Midwifery, University College Cork.
Participating hospitals in Ireland
In Ireland, a total of 15 hospitals in 5 cities and 3 large towns (see map) are participating.
The Irish Healthcare System
Further information on the Irish healthcare system can be found​ here.