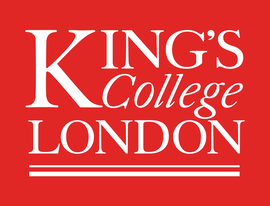 Founded in 1829 King’s College London is the 4th oldest University in England. Today, King’s College London is one of the world’s leading research and teaching institutions. King’s has over 31,000 students from some 150 countries.  In the 2018-2019 QS international world rankings, King’s was ranked as one of the top 10 UK universities in the world.
Throughout Horizon 2020 King’s College London has participated in over 150 research grants funded by the European Commission. Of these, around 20% are coordinated by the College.
​The Florence Nightingale Faculty of Nursing, Midwifery & Palliative Care (NMPC; the Faculty) is an internationally renowned centre for the delivery of cutting-edge education, training and research. The faculty is ranked first in the UK and 2nd in the world in the QS World Rankings for Nursing.  It is one of nine faculties within King’s and has its origins in the world’s first professional nurse training school, established by Florence Nightingale at St Thomas’ Hospital in 1860.
Website
Project team 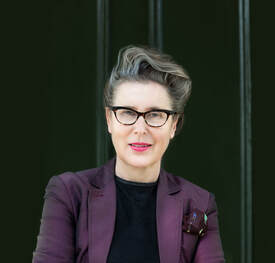 Anne Marie Rafferty is Professor of Nursing Policy, Deputy Director of the Health and Social Care Workforce Policy Research Unit, former Dean of the Florence Nightingale Faculty of Nursing and Midwifery, King’s College London, and President Emerita of the Royal College of Nursing. She is a historian, health workforce and policy researcher, graduating from Edinburgh University in social science (Nursing Studies); as a clinical academic, Nottingham University MPhil (Surgery). She was the first nurse to gain a doctorate (DPhil Modern History) from Oxford University.
​She is one of first nurses to be elected to the Fellowship of the Academy of Medical Sciences (FMedSci) & holds fellowships from the Royal College of Nursing, (FRCN), American Academy of Nursing (FAAN) & Queen’s Nursing Institute (QNI). She was made Commander of the British Empire (CBE) for services to healthcare in 2008 & Dame Commander of the British Empire in 2020 for services to nursing.

She served on the Prime Minister’s Commission on the Future of Nursing and Midwifery, 2009-10 and as a member of the UK Research Assessment Exercise (RAE) and Research Excellence Framework (REF) panels since 2008 & and Hong Kong RAE panel 2019-21. She has been recipient of various awards; Nursing Times Leadership Award (2014); Health Services Journal Top 100 Clinical Leaders Award in 2015; 2017 nominated as one of 70 most influential nurses in the 70 years of the National Health Service.

She co-led a Student Commission on the Future of the NHS supported by NHS England and was a member of the Parliamentary Review of Health and Social Care in Wales. She was elected Member of the European Academy & National Academy of Medicine and Science in the US in 2020.

Having been introduced to the Magnet concept in the mid-1990s when she won a Harkness Fellowship to work with Linda Aiken at the University of Pennsylvania, Anne Marie has a long-standing interest in Magnet hospitals. Anne Marie was part of the team that evaluated the first UK Magnet accreditation process and award to an NHS acute hospital trust in the mid-2000s.
​
Anne Marie describes the current opportunity to investigate the partnering und twinning process within the Magnet4Europe study and to be part of this outstanding research team as "an enormous privilege" and "a dream come true".